Pennsylvania College of Technology has been a longtime partner of the Community Arts Center and has played a major role in the reopening and renovation of the theatre. The college was key to the successful reopening of The Community Arts Center in the spring of 1993. The CAC provides the college with a venue to bring in lecturers and films, hold alumni relation events, and a space for faculty retreats. The ornate CAC stage and theatre offer a beautiful backdrop each year for the hundreds of students participating in PCT commencement ceremonies. The Community Arts Center appreciates the critical support provided by Pennsylvania College of Technology year after year!

Lycoming College and the CAC have a strong connection and share a mutual love for music and theater. The CAC has partnered with the college to provide a space for the music and theater departments to perform and collaborate with other community organizations. Students in the orchestra and choir enjoy being able to perform and share their passion with community members on the beautiful CAC stage. This partnership is beginning to grow as Lycoming College students begin to intern with the CAC and dive more into the culture of the performing arts.

Lycoming College hosted its Honors Convocation at the Community Arts Center for the first time in the spring of 2017. It was amazing how the change in venue elevated the event for the students being honored, their parents and families, and our faculty and staff. Finally, the CAC opens our students’ eyes to terrific performances during their regular season that expand their culture and add to their humanity.

The Educational Series has proven to be a great benefit and a welcome opportunity for our students to enjoy the arts. As a district, we value the partnership the Community Arts Center has developed to bring these enriched experiences to the area and make them available to our schools. 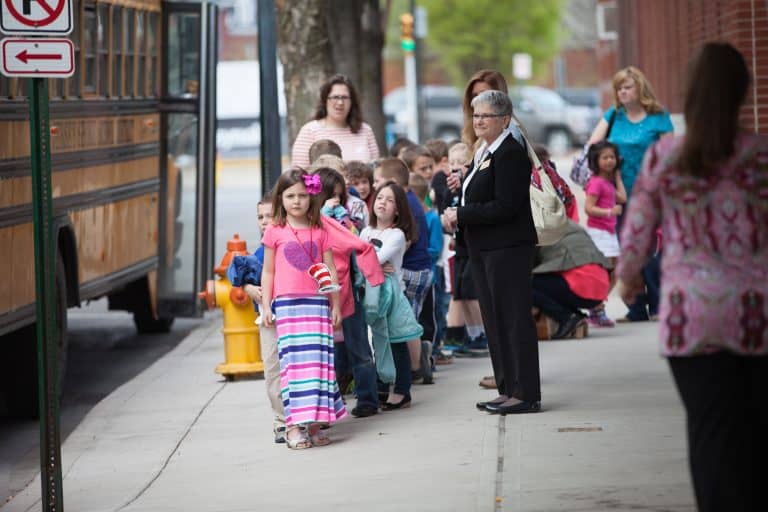 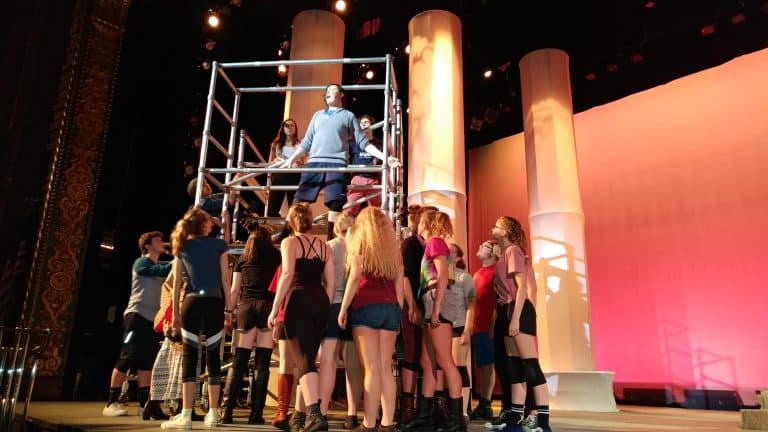 Each year, schools in the regional area partner with the CAC to provide over 10,000 students the opportunity to experience live professional performances. These hand-picked programs line up with the curriculum being taught in the classroom and provide students with opportunities they may not have access to by collaborating with schools in our region. The CAC is able to provide these children with fun scholastic outings that expand learning beyond the classroom.

The Student Summer Stock program offers high school students in the regional area the opportunity to participate in and learn how to produce a show for a performing arts theater. Each summer a production is picked and auditions are held for students in grade 7th through 12th. With help from students and staff in the Lycoming College Theater Department, the set and costumes are created. Students are able to take what they learn during the program and apply it to their individual schools’ programs. The community looks forward to this production every summer and it has become a true testament to quality and quantity of available talent in the Greater Williamsport area.

The War and Society Lecture and Discussion Series aims to explore the ways in which conflict impacts countries, communities, and individuals. We want to explore the ways societies grapple with the economic, political, and cultural ramifications of war, both in the present and throughout history. Issues of changing identity, both national and individual, are integral components of this exploration, as well. To that end, our first event will focus on situating war in American history. In order to discuss the present and prepare for the future, we need a robust and critical analysis of the past. Our first event will be a panel discussion on the history of American warfare (particularly post-World War II) in order to help frame ongoing and recent conflicts.

The underlying theme of this event is the idea that America, and the world, have changed dramatically since the Cold War, when America had relatively clearly defined enemies and a seemingly clearer sense of its role in the post-World War era. The collapse of Soviet Union and the changed nature of communism globally left the U.S. and its allies in a kind of global limbo, in which foreign-policy decisions, particularly those involving war and the use of force, seem to be more haphazard and reactive rather than directed at or toward clear, achievable goals. The question we will explore in this event is: How has America’s role in the world changed since the end of the Cold War, and how has that affected current and recent approaches to, and understanding of, war in the 21st century? This inaugural discussion will be intentionally broad. Future discussions, as part of the series, will drill down into specific conflicts to tease out the economic, political, and cultural ramifications of war, especially in relation to modern American policy and policy-making.