Steep Canyon Rangers affirm their place as one of the most versatile and idiosyncratic bands in all of contemporary American music. The GRAMMY® Award-winning, North Carolina-based sextet has spent nearly two decades bending and shaping the bluegrass aesthetic, wedding it to elements of pop, country, folk rock, and more to create something original and all their own. OUT IN THE OPEN is perhaps Steep Canyon Rangers’ bravest excursion thus far, transcending bluegrass while in many ways getting closest to the genre’s true form thanks to producer Joe Henry’s very traditional approach towards recording.

Steep Canyon Rangers have been expanding the parameters of bluegrass since coming together in 2000. Since then, the genre-defying band has developed a remarkable catalogue of original music – predominantly co-written by Sharp and bassist Charles R. Humphrey III – that links them to the past while at the same time, demonstrates their ambitious intent to bring string-based music into contemporary relevance.

With that goal in mind, Steep Canyon Rangers have in recent years begun collaborating with some of Americana’s most distinctive producers, working with top studio hands like Larry Campbell (2013’s TELL THE ONES I LOVE) and Jerry Douglas (2015’s RADIO) to take newfangled routes in crafting their ever-evolving approach.  OUT IN THE OPEN sees the band teaming up with Joe Henry, an accomplished singer-songwriter as well as a 3x GRAMMY® Award-winning producer (Solomon Burke, Ramblin’ Jack Elliott, Carolina Chocolate Drops) with a particular affinity for American roots music.

In July 2017, Steep Canyon Rangers arrived at Fidelitorium Recordings in Kernersville, NC, an intimate studio facility built, owned, and operated by legendary producer Mitch Easter (R.E.M., Let’s Active). Having not previously discussed Henry’s plans, the band were surprised to discover that their producer – with the invaluable help of engineer/mixer Jason Richmond – intended to record in classic fashion, with all six members singing and playing in a room with no overdubs. Though Steep Canyon Rangers had some trepidation, they promptly rose to the challenge.

“We’ve recorded in a circle before,” Platt says, “but with baffles and other ways to isolate yourself. This record, if I stepped six inches to my left, I’d bump into the mandolin player. Six inches to my right, I’m bumping into the banjo player. Our microphones were all over each other, if you turned off my vocal mic, I was in twelve other ones. So really there was no way to fix anything, just like our live show.”

Indeed, OUT IN THE OPEN was recorded completely live, with “not one overdub,” says Platt. “Not one vocal, not one instrument.” The organic process allowed SCR to work faster than ever before, tracking a dozen songs in just three-and-a-half fertile days. Tracks were jammed, rehearsed, played, and recorded with no time wasted, the band moving on to the next song after just a couple of hot takes.

“There’s no sleight of hand,” Sharp says. “It may not be straightforward but it’s honest.”

“What you lose in perfection,” says Platt, “you gain in energy and authenticity.”

Though simply recorded, OUT IN THE OPEN is richly textured and fully etched, the band’s uncanny interplay and exceptional musicianship enabling them to create worlds with only the bare essentials at their disposal. “Going Midwest” was laid down in but a single take, with all of the song’s power and emotion captured in real time.

“We only played it once,” Platt says. “We just walked in there and played it. Joe came over the speaker and said, get in here. We went in, a couple of the guys were crying during the playback. It was special.”

Steep Canyon Rangers attempted to fast finish a number of additional songs but Henry wisely advised them to call it a wrap: OUT IN THE OPEN was complete. With that, the band returned to the endless highway they call home for near 150 nights a year. Indeed, Steep Canyon Rangers are easily among the hardest working bands in any genre, anywhere, pulling double duty on their own and as collaborators with Steve Martin. Since teaming with the legendary actor-comedian-writer-banjo player in 2009, SCR has produced not one but two unique bodies of work, dual catalogues in constant development – along with their own works, the band has teamed with Martin for 2011’s GRAMMY® Award-nominated RARE BIRD ALERT and 2017’s THE LONG-AWAITED ALBUM, while also backing Martin’s own partnership with Edie Brickell on both 2013’s LOVE HAS COME FOR YOU and the sold out tour that followed (captured for posterity on 2014’s STEVE MARTIN AND THE STEEP CANYON RANGERS FEATURING EDIE BRICKELL – LIVE CD/DVD).

In addition to the highly anticipated release of OUT IN THE OPEN, 2018 will also see Steep Canyon Rangers uniting with their local Asheville Symphony for a series of unprecedented live performances and the recording of yet another new album, once again pushing their increasingly distinctive music into unexpected terrain.
OUT IN THE OPEN is an undeniable milestone on Steep Canyon Rangers’ ongoing creative journey, its spirited, eclectic approach recasting the myriad sounds of string-based American music in their own unique image. As they fast approach their second decade, Steep Canyon Rangers are still moving forward, as ever searching for new horizons and musical vistas. 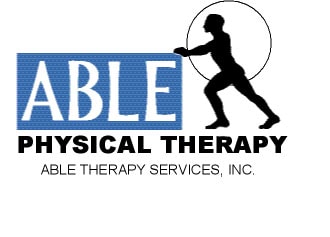