Kristen Sivills is a Virginia Beach native. Performing stand up since 2012, she’s gained material from mommy-ing since 2008. A regular opener for Anjelah Johnson, she’s a radio personality on Virginia based Top 40 station Z104. In 2017 she became a semi-finalist for Stand-Up NBC. Appearing at festivals and clubs on the east coast, her style is very sarcastic, very mommy, and extremely immature.

An David is originally from a small town in Virginia. He now resides in Springfield, Missouri. (Thanks to marrying the woman with the loudest laugh in the comedy club one night) Originally starting out as an observational comedian, but now he has grown into a more versatile higher energy style which includes quick one-liner’s. Silly often thought provoking sometimes edgy social commentary. Never one to leave himself out of the show, everything in his personal life is fair game, his upbringing, everything he cares about and things he doesn’t and of course his experience with married life. Unlike a lot of comedians David chooses to stay positive about marriage, never attacking it or his wife in the process. David feels telling the truth about marriage is not negative, and men and women alike are entertained by his unique view of this relationship between the sexes.

The truth is one reoccurring theme in David’s comedy. He chooses not to make up wild scenarios or characters to find humor. This is a key aspect of his show and feels people can relate better to him by letting people know who he really is, and how he sees the world around him. David does how ever have an off beat way of thinking, and it is easy to think his material is “made up” or embellished, but as the show goes on the audience quickly realizes his brain is just a little off, and that’s usually when he hears his one of his favorite compliments, “You’re not right!” One of his other favorite compliments is when people mention how clean his show is, with a lack of colorful language, or explicit material. This just expands his appeal to a wider range of audience. David is quick to point out that his show is not “G” rated but an adult show with some innuendo that doesn’t use vulgarity to get his point across.

COVID NOTE: Per current CDC guidelines, masking is OPTIONAL for this performance. 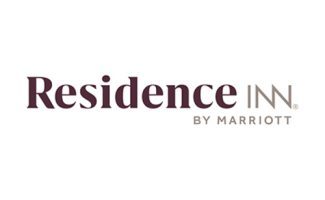